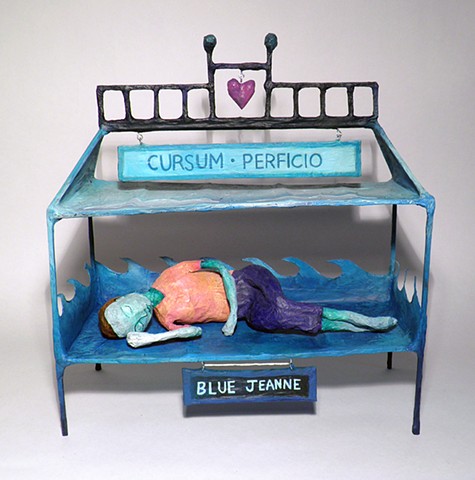 My older sister died alone in her house in 2008. They say she passed peacefully, probably just went to sleep and never woke up. In this reliquary, the blue figure floats in a sea of blue, surrounded by blue sky. The color blue is at once morbid and melancholy, but also calming and freeing. The Latin phrase, CURSUM PERFICIO, translates to “my journey is over” or “I finish my journey.” It was inscribed at the entrance to Marilyn Monroe’s home, in which she was found deceased at an early age. The inscription inspired the song CURSUM PERFICIO by Enya, which my sister counted among her favorite songs.